Should Sugar Be Considered a Toxin?

Should Sugar Be Considered a Toxin? 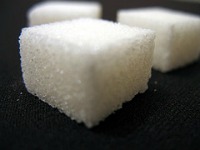 If you get sugar cravings, you’ve probably said something like “I’m just dying for an ice cream cone/chocolate bar/Twinkie.” You were probably being facetious, but according to Dr. Robert Lustig, you were dead right.

Dr. Lustig, an expert in childhood obesity at the University of California, San Francisco, believes sugar is a poison, right up there with cigarette smoke. And while many experts have skirted the issue of sugar as a killer, he has come out forcefully to announce that sugar causes heart disease, diabetes, cancer and high blood pressure.

Dr. Lustig appears to have science behind him. In experiments with lab rats, scientists found that the liver processes significant amounts of sugar by converting it to fat, thereby creating an insulin reaction that is widely believed to cause heart disease, certain kinds of cancers and type 2 diabetes.

Then there’s the so-called circumstantial evidence. As writer Gary Taubes points out in a recent article in the New York Times Magazine, it probably isn’t a coincidence that U.S. peak consumption of sugar in the new millennium coincided with a dramatic increase in obesity and diabetes.

While noting that Dr. Lustig’s arguments may be inconclusive and lab rat results may not apply to humans, the wider scientific community does agree we eat and drink way too much sugar. They recommend we cut back.

The only downside for those of us with a sweet tooth is that we’ll have to fight our way through the sugar cravings without our Twinkies.